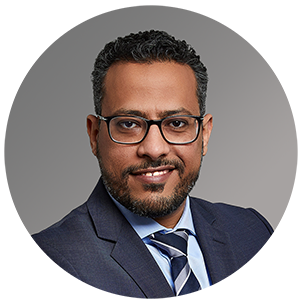 Hussam Mujally is a partner working in the Berlin and Cairo offices. Hussam maintains a broad commercial practice with a focus on the Middle East and North Africa.  Hussam has been involved in major infrastructure projects where he advised on EPC contracts and tender rules. He acted for international clients from the oil and gas, healthcare and hospitality industries.

Born and raised in Yemen, he has a particular focus on matters relating to Yemen. In addition, Hussam advises Middle Eastern investors on doing business in Germany.

Hussam Mujally is a senior associate working in the Cairo and Berlin offices. Hussam maintains a broad commercial practice with a focus on international business law in the Middle East and North Africa region.