Locked-in by the EU Blocking-Ordinance? The ECJ on the Termination of Contracts with Iranian Parties

On 21 December 2021, the European Court of Justice (ECJ) issued the long-awaited decision on the interpretation of Article 5 of the EC “Blocking Ordinance” (Regulation EC No. 2271/96). The Blocking Ordinance prohibits European enterprises from complying with US secondary sanctions against Iran. The ECJ-decision has far-reaching effects for European companies who are engaged with Iranian counterparties as it materially restricts termination rights.

The ECJ decision is based on a referral from the Hamburg Higher Regional Court (OLG). In the case, the German branch of Iranian Bank Melli is challenging the termination of telecom contracts by Deutsche Telekom. After the Trump Administration walked away from the Nuclear Agreement with Iran and the “snap back” of US sanctions in 2018, Bank Melli was listed as “SDN” with the effect that international companies engaging in business with Bank Melli can be subject to US (secondary) sanctions. Deutsche Telekom terminated the agreements with Bank Melli in late 2018, however in exercise of a regular termination right (and not referring to the US sanctions).

Bank Melli put forth that the termination nevertheless fell afoul of Article 5 of the Blocking Ordinance and thus was null and void. The provision provides that no EU enterprise may “comply […] with any requirement or prohibition, including requests of foreign courts, based on or resulting, directly or indirectly, from the laws specified in the Annex [including the US sanctions against Iran] or from actions based thereon or resulting therefrom.” The EU enacted the Blocking Ordinance back in 1996 originally as a response to the US secondary sanctions against Cuba and Iran, that permit the US administration to impose significant sanctions on any party who engages in incriminated transactions. US sanctions, thus, are not limited to US territory but apply around the globe. According to the EU, this concept of secondary sanctions violates international law, as the US lacks jurisdiction to regulate the conduct of EU enterprises. The Blocking Ordinance, therefore, was enacted as a defense measure with the aim of restoring the economic liberties of European enterprises. It was revived after the collapse of the Nuclear Agreement.

The scope of application of Article 5 Blocking Ordinance, however, remained in dispute. According to a narrow interpretation, the provision principally prevents the recognition and enforcement of US court orders and administrative decisions that give effect to the US sanctions and the application of US sanction rules. From this perspective, the primary purpose of the Blocking Ordinance is to restore the economic liberty of European enterprises by defending them against unlawful US legislation. According to a broad interpretation, however, Article 5 prevents any act that is somehow “motivated” by complying with US sanctions. According to this reading, the purpose is more to counter the US trade policy towards Iran that the EU disapproves – and to require private enterprises to join that endeavor. The latter requires to interpret the Blocking Ordinance broadly, in order to deprive the US sanctions of their effect in the EU.

The Decision of the ECJ

The ECJ confirmed Bank Melli’s position in all substantial points and ruled against Deutsche Telekom.

The ECJ nevertheless conceded that this may lead to an outcome that places an undue burden on European enterprises, e.g. if a relatively small contract with an Iranian party jeopardizes the entire US business of a company with global activities. Here, the court acknowledges that giving effect to the Blocking Ordinance must not have disproportionate effects and must be balanced against the European enterprise’s economic liberties, as enshrined in Article 16 of the EU Charter of Fundamental Rights. It will be on OLG Hamburg to decide how this will be implemented in the concrete case, given that Deutsche Telekom has substantial business in the US.

This materially restricts the exercise of any termination right.

The ECJ-decision clearly demonstrates the regulatory design flaws of the Blocking Ordinance: instead of restoring the economic liberties of European companies, it effectively freezes contractual relationships with Iranian parties who are subject to US Sanctions. Companies find themselves locked-in in a business relationship without having the option to leave. European enterprises are caught in a regulatory dilemma:

to either risk a violation of European law or to face potentially lethal US sanctions.

While the ECJ acknowledges this dilemma, it is far from being resolved. The situation is unsatisfactory, to say the least. This also has been recognized by the EU Commission, who presently is engaged in a review of the Blocking Ordinance. The outcome of that review is to be awaited with anticipation.

Dr. Kilian Bälz, LL.M. (London) is a partner at Amereller Rechtsanwälte in Berlin. He focuses his practice on projects and finance in the MENA Region. In addition, he advises on public international law, trade sanctions and business and human rights. 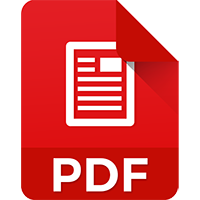